Skip to content
We finished our study of rocks and minerals and the rock cycle. We made crystals, painted pet rocks, made flap books on the 3 types of rocks and we read many books too. 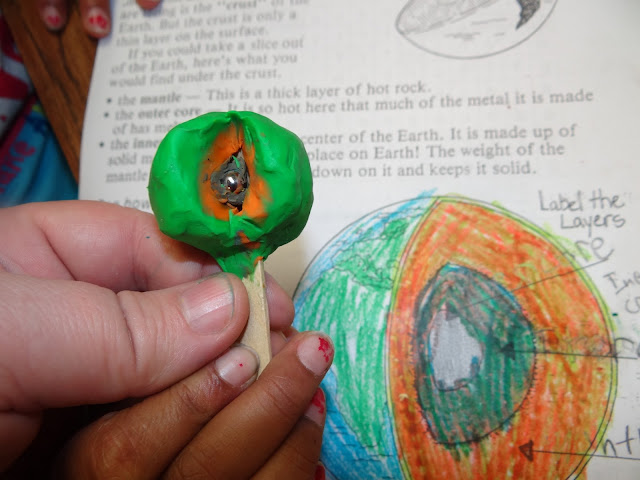 Just for fun I showed them the 4 layers of our earth in a coloring page model and then we made clay models using a metal BB for the inner core, and 3 colors of clay for the other 3 layers. It was lots of fun. Everybody chose different colors of clay. Then we pushed a popsicle stick into them and cut out a little wedge to see the layers. 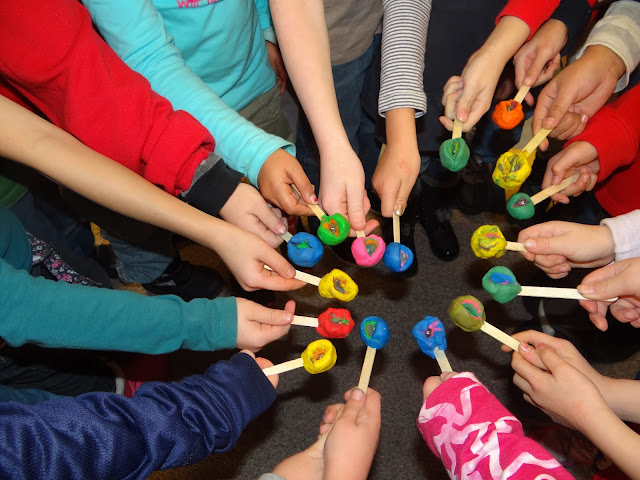 Here we have the CRUST, THE MANTLE, THE OUTER CORE AND THE INNER METAL BB CORE. I bought regular modeling clay with a coupon at Hobby Lobby.

What are the four main layers of the Earth? Check out this worksheet HERE. We had fun making a clay model on a popsicle stick.

• THE OUTER CORE – It is the third inner layer of the Earth. The outer core is made up of molten iron and is 1,425 miles thick. It will be represented by red clay wrapped around a BB.

• THE MANTLE – It is the second layer of the Earth. It is the thickest layer, at 1,750 miles thick. Many minerals in the mantle are hot enough to become liquefied yet. It will be represented by orange or yellow clay.

• THE CRUST – It is the outermost layer of the Earth and is between four to 25 miles thick. It is made up of sand, dirt and rock. It will be represented by blue clay.

A cool lesson plan and free worksheet on  layers of the earth can be found HERE at Volcanoes Alive.
Another one I liked is at aktsunami.com. It had a downloadable fill in the blank diagram that looked fun and both of these will go along with my clay lesson plan. Another great resource for Rocks is HERE at mjksc teaching ideas. One of their worksheets I might try with my students is HERE.

We learned about the Rock Cycle – mostly from this THINKQUEST and a few books and posters on Rocks, Volcanos, Crystals. I have posters like these in my classroom, plus we watched the Magic School Bus video on Volcanoes.  Thanks to one of my mom helpers and Andrew, her son, we had a cool demonstration of a Volcano erupting using baking soda and vinegar and a model volcano. 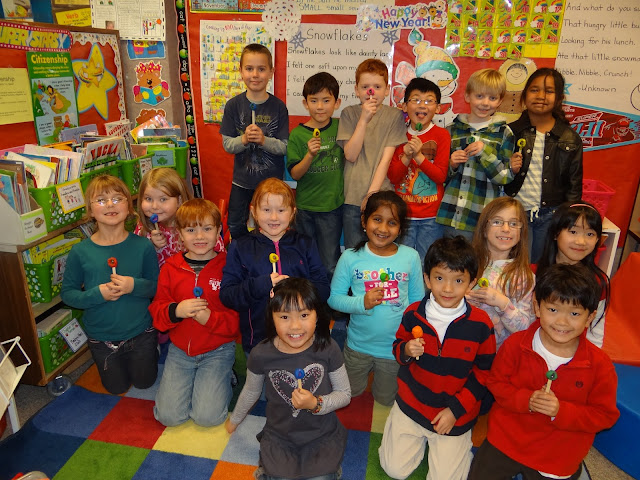 Here is my class with their clay models of the earth’s layers. I think they liked doing them.
ROCK FAMILY SONG Check out this song about the different types of rocks HERE. 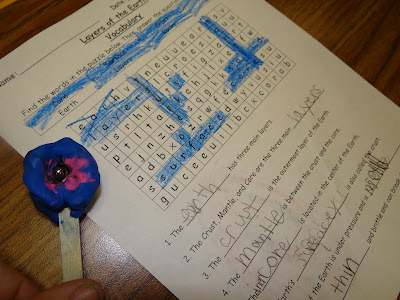 HERE  is a cute printable SONG about the 3 types of ROCKS!
Check out ROCKY’s Rock Cycle. Also HERE  at Have Fun Teaching is a Rocks ABC Order Worksheet we also did. It has many of the vocabulary words we studied this week.This KIDS GEO.COM website is SUPER GREAT  because it has  cute songs to go along with  WONDERFUL pictures of all 3 rock types.

I got this cute book Lets Go Rock Collecting  on Amazon. It was just right for teaching the Rock Cycle to 2nd Graders. I have the Gail Gibbons book Planet Earth/Inside Out on order. It looks good too! 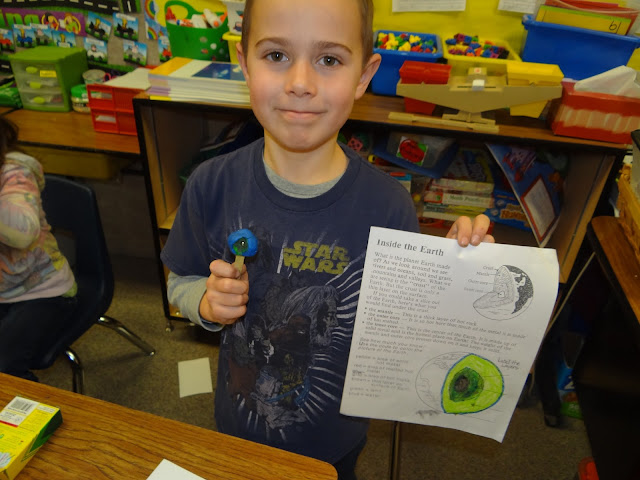 VOCABULARY WORDS THIS WEEK – all from our unit. We also used them for spelling words.

1. Igneous rock- rock formed from cooled magma or lava.2. Sedimentary rock- rock that formed when sediments were pressed and cemented together.3. Metamorphic rock- rock that formed when another kind of rock was squeezed and heated deep inside Earth’s crust.4. Rock cycle- the process of rocks changing into other kinds of rock.5. Fossils- the remains or traces of an organism that lived long ago.6. Volcano- a mountain built up from hardened lava, rocks, and ash that erupted out of Earth.7. Lava-melted rock that flows out of the ground onto Earth’s surface.8. Magma- melted rock below Earths surface
9. erosion – when bits of rock and sand are taken away by wind or water and packed as sediment somewhere else.
10. crystals – a mineral having a clear structure with cut faces. (like quartz) 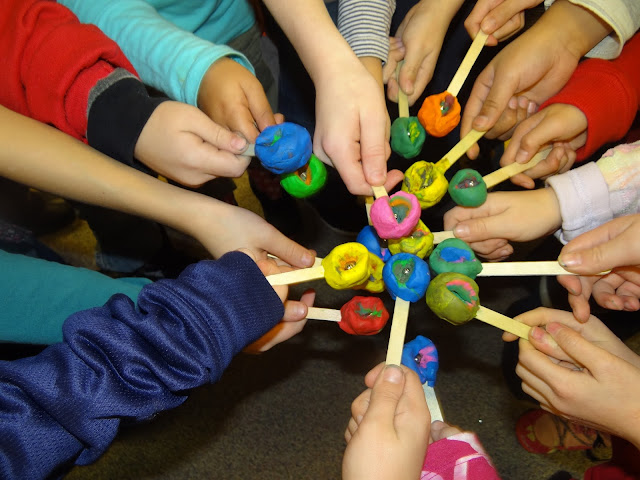 Check out the other things we did for Rocks HERE and for Crystal Experiments and HERE. I think we
did pretty good for a first try at this unit. The gal who used to teach it retired last year and we forgot to ask her to leave her stuff, so I had to invent the unit from scratch this year. I think it turned out great!