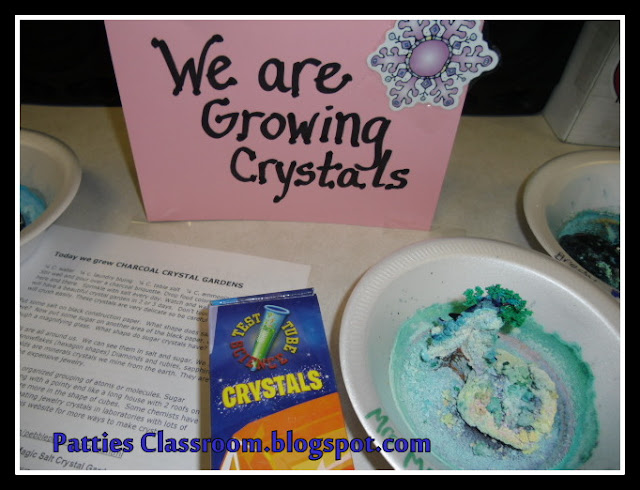 We did this fun experiment in our classroom last week and let the crystals grow for a week. It was fun and it goes along with our unit on Rocks and Minerals. Here are some samples of our cool Salt Crystals experiment. 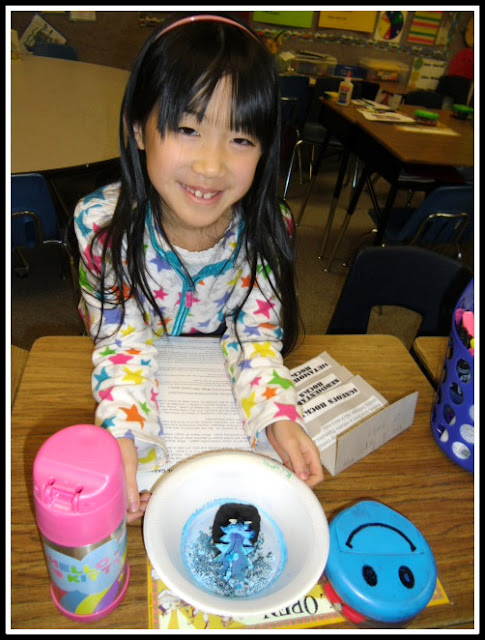 I used a briquette and then we cut little evergreen tree shapes out of cardstock and glued them on bowls next to the briquettes. Then we added solution and food coloring to both. And let them sit for a few days. This is after about 2 days.

It was a fun bunch of experiments. We still have to do the layers of the earth in clay. That will be our last bit of the ROCK UNIT. It’s been such a cool earth science unit to study. The kids learned A LOT! 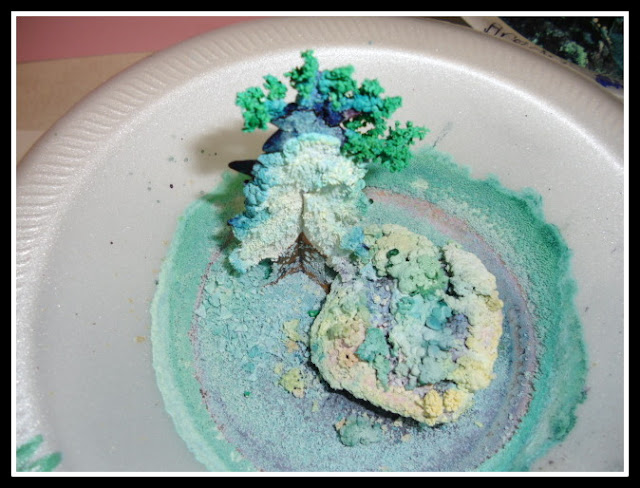 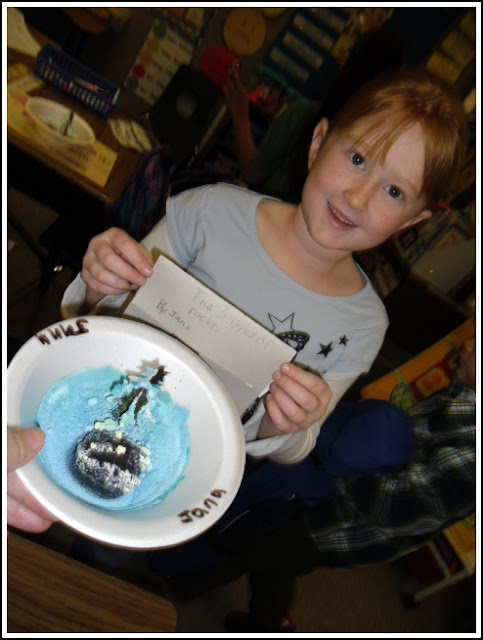