Since the news people have all been calling it the Wedding of the Century I thought that we would mark the day in our classroom today.  So I had the kids write letters to Prince Will and Princess Kate congratulating them on their BIG DAY! 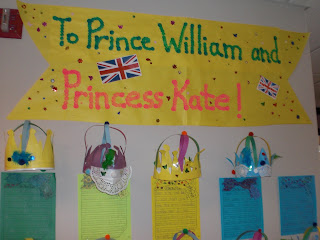 They each said what they would give them for a present if they could send a gift across the pond. We did “sloppy copies”, then I edited them, then we did brightly colored final copies. We had everything from a Lear Jet to a giant anaconda. My favorite was “a big yellow ball like those that hamsters run around in” only it could be for Will and Kate to run around in. Super cute. I made copies of the letters and told all the kids I’d mail them to Buckingham Palace. Maybe we’ll get a note back! 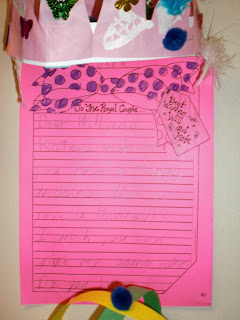 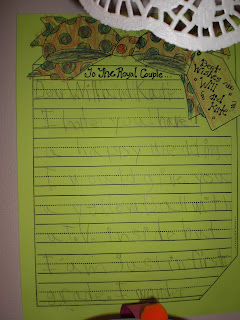 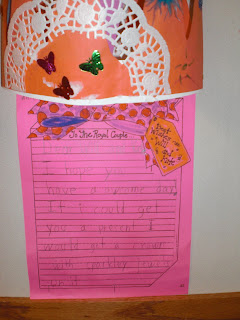 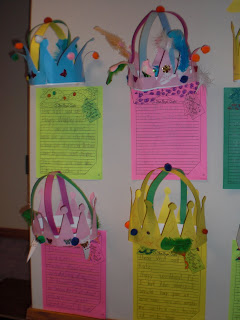 Then we made some Royal Crowns. A link for a tutorial on Medieval Crown is HERE at firstpalette. We just HAD to mark the occasion somehow. They will look back in their writing portfolios sometime when they are older, and remember the Wedding of the Century and how they kinda took part.  : D 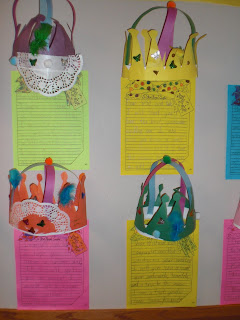 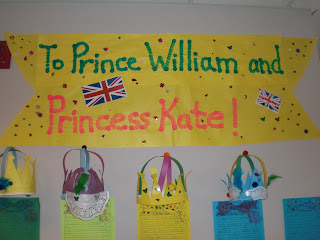